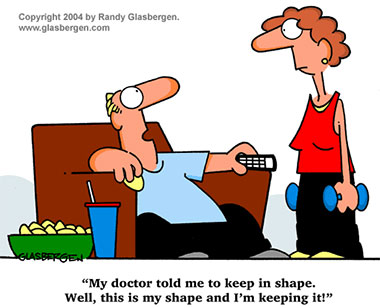 Chris Christie recently won his re-election for New Jersey governor in a big way. Republicans are excited because he attracted the Hispanic vote and won in a state that has been leaning blue. Just the other week he was elected chair of the Republicans Governor's Association. There's lots of talk about his political future.

But, is Chris Christy too big to be President of the United States?

If he should happen to be elected the 45th President he wouldn't be the first large man in the office. At his inauguration, fellow Republican William Howard Taft (1909-1913) weighed 354 pounds. Apparently he even once got stuck in his bathtub at the White House. After they got him out, he had a new one installed, big enough to hold four grown men.

There are a number of stories of health problems that Taft experienced as a result of his obesity: he would often fall asleep at public functions, "pant for breath at every step," and not appear to be mentally alert, particularly after meals. Taft also suffered from restless sleep and chronic indigestion.

Former White House physician Connie Mariano recently told reporters that she was worried that Christie may die in office if he's elected president. Christie responded that "she should shut up," until she gives him a physical and takes his family history. He said the doctor alarmed his preteen son, who asked his father if he was going to die.

Christie later told David Letterman on the "Late Show" that he was "one of the healthiest fat guys you've ever seen in your life." Then he pulled out a donut and ate it. I wonder if that alarmed his preteen son as well.

Regardless of how much the governor complains, the fact remains that when you carry too much body fat on your body you are at a much higher risk of developing all kinds of health problems including high blood pressure, diabetes, heart disease, stroke, joint problems including osteoarthritis, sleep apnea and respiratory problems, prostate cancer, colorectal cancer, gallbladder disease, depression, and -in women- breast cancer and endometrial cancer.

Carrying an extra 100 to 150 pounds puts a lot of stress on your body. After all, it's not like Governor Christie is being considered for a librarian position. (In all due respect, I'm sure librarians have stress as well.) But to run for the most powerful position in the world requires the individual to be able to handle lots of stress in both running for the job as well as doing the job once he wins it. Regardless of what kind of job you think President Obama is doing, you have to admit he's in pretty good shape. By the way, the governor and president are almost exactly the same age.

For a long time now we've said you can indeed be fat and fit. True, it's not that easy to find someone who's overweight who's also fit but there are some out there. Nevertheless, those that are overweight but still have good cardiovascular fitness are far better off than those who are thin and unfit. It's a mistake to think just because you're skinny, you're healthy. Remember, a lot of smokers are thin.

But now a large study of 71,000 participants just published in the Journal of American Medical Association, Internal Medicine said that overweight and obese individuals are at an increased risk of heart attack and disease even if they don't have metabolic syndrome, a group of common cardiovascular risk factors. Those risk factors can include high blood pressure, higher levels of fasting blood sugar, higher triglyceride levels, low "good" HDL cholesterol levels, and a large waistline. So even if you happen to find an overweight or obese individual who's "healthy" without those risk factors, the research says that they are still at risk of having a heart attack and heart disease.

Ironically, and appropriately, now that 2/3 of Americans are overweight, it just might make sense that they would vote for a man who is also extremely overweight.

Remember, members of the US armed forces must now meet certain minimum physical requirements to qualify and remain in service. If they can't, they don't get in, or they have to get out. Shouldn't that hold true as well for their potential commander-in-chief?